Brazilian Rodrigo Santoro, whom we have seen with roles of greater or lesser importance in various blockbusters or high-budget series, came to the world of acting while studying journalism in his native country. The soap operas of the Globo network served as a springboard for him to earn his first job in Brazilian cinema (‘Bicho de Sete Cabeças’ by Laís Bodanzky)

The audience will recognize him as the aphrodisiac actor who with his deep gaze has landed on films starring Jim Carrey, Antonio Banderas or Gerard Butler. But it has been television that has given him the most recognition thanks to small roles in series that have triumphed around the world. But to order the career of this actor in detail and celebrate his birthday, we are going to review point by point his more than 20 years in front of the cameras.

Your face sounds familiar to me: Rodrigo Santoro

1 Beginnings in Brazil and soap operas 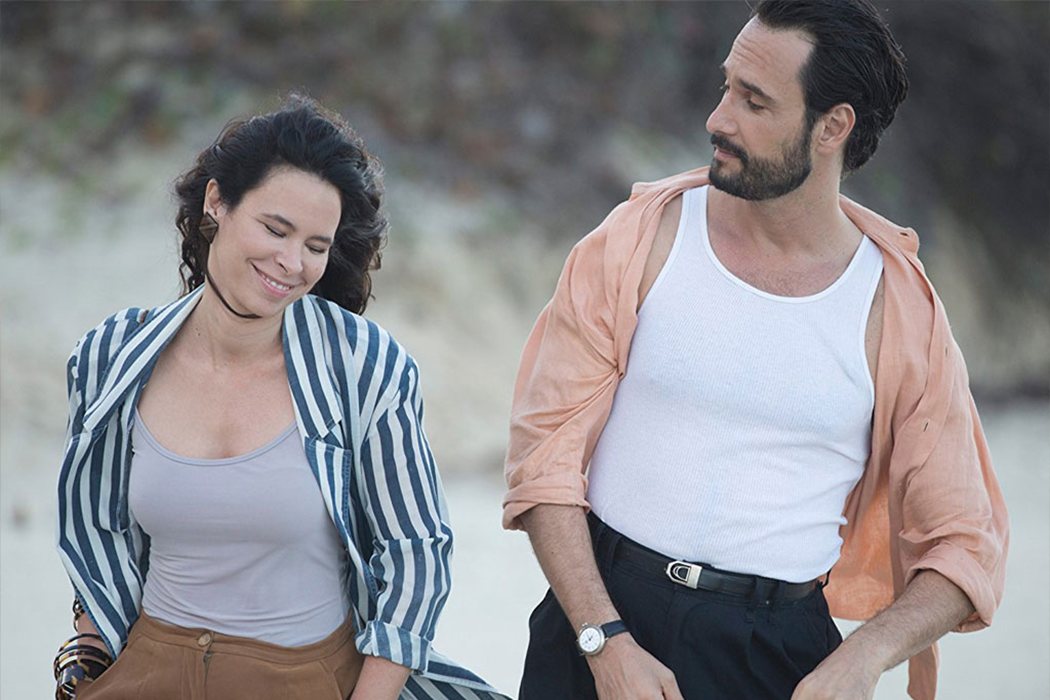 With a Brazilian mother (artist) and Italian father (engineer), Rodrigo Santoro began his love affair with the handheld cameras of journalism while studying in Puc-Rio. But he soon decided to try an acting workshop at Rede Globo.

From then on, everything changed for the Brazilian, and after landing some roles in the company’s soap operas, he decided that his place was with the rest of the actors. Despite suffering the occasional setback (he did not pass the casting for the miniseries ‘Sex Appeal’), the telenovela ‘Explode coração’ arrived, where he played a young man living a torrid romance with a mature woman. His plot raised audiences for the show and gave Santoro his first break at the movies. 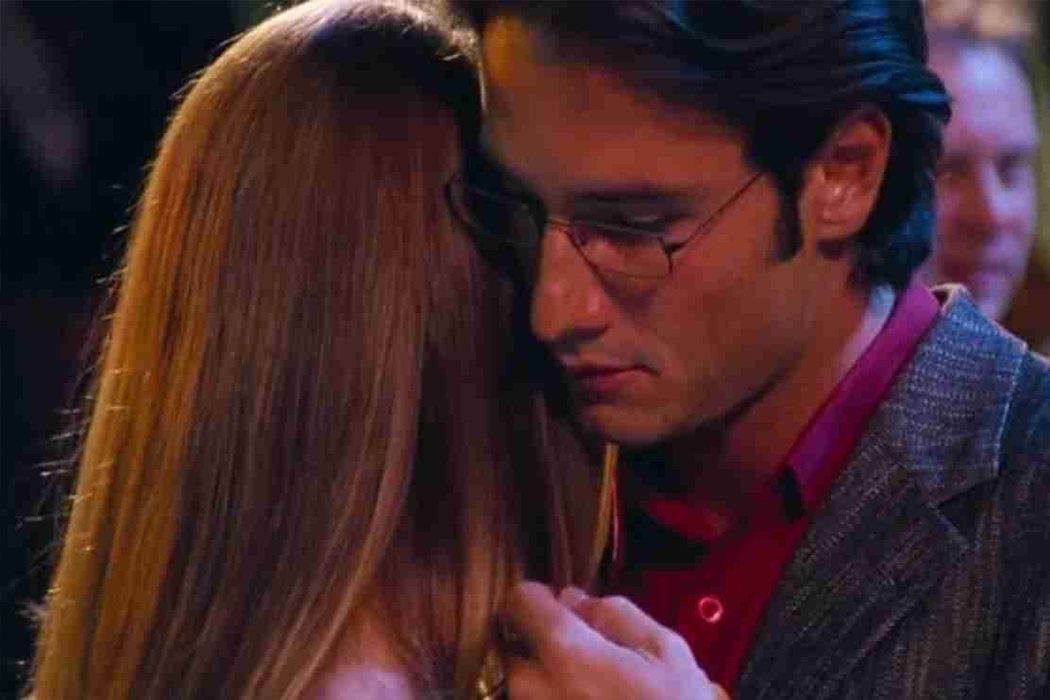 With ‘Bicho de Sete Cabeças’, Santoro reached the big screen, and later multiple recognitions would arrive throughout the country. He would also get his jobs in ‘Abril Despedaçado’ (nominated for the Golden Globes), and ‘Carandiru’ (where he played a transsexual named Lady Di).

Thanks to these performances, Santoro would receive his first offer in Hollywood (a small role in ‘Charlie’s Angels’), and after this, one of his most remembered roles would arrive, his Karl in ‘Love Actually’. Film that would make him share the screen with actors of the stature of Alan Rickman or Laura Linney. 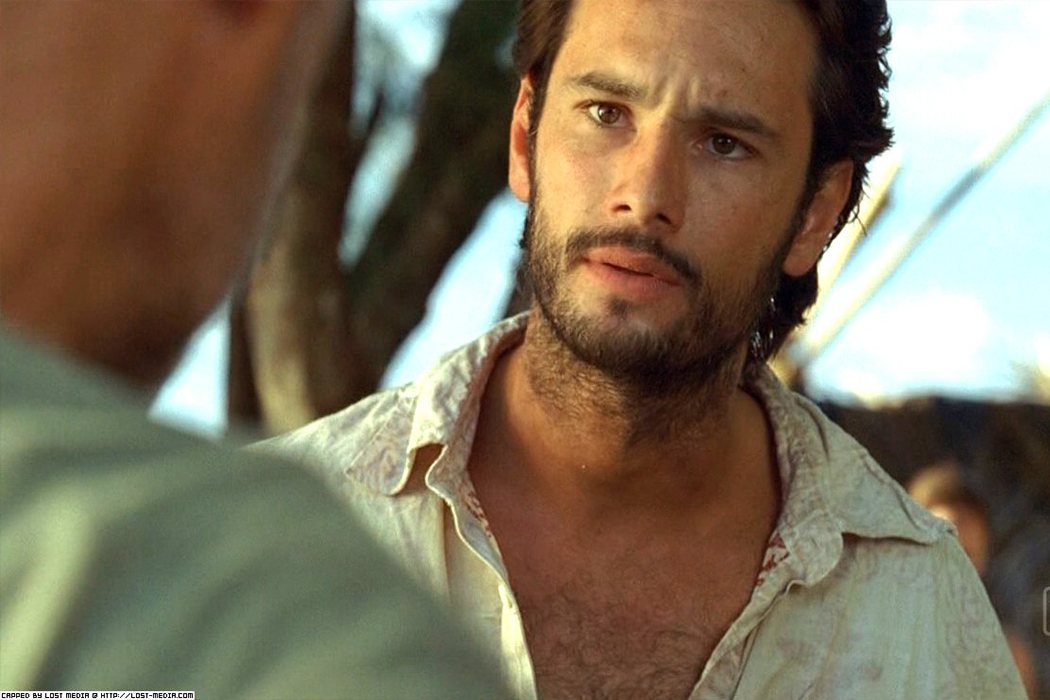 After this, and thanks to his great attractiveness, he began to work as a model. Becoming the image of Chanel and rubbing shoulders with icons like Gisele Bündchen or Nicole Kidman. But it would be in 2006 when he would have his first major role on television.

Santoro became Paulo, one of the survivors of Flight 815 in ‘Lost’ that came out of nowhere in season three. His character did not last long, and he did not reach the audience either, but it helped him to take another little step in the United States. 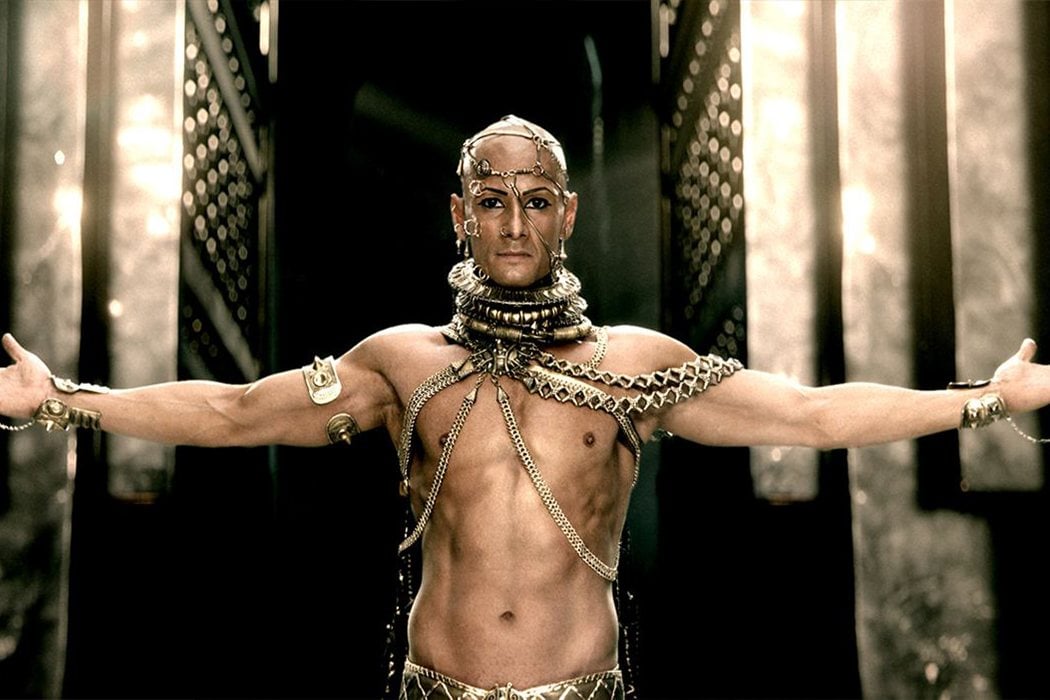 One of the most successful roles in the film mecca was his Xerxes in ‘300’. The role was so popular that he was nominated for best villain at the MTV Awards alongside Jack Nicholson, Meryl Streep and Bill Nighy.

The preparation for the role is one of the hardest that the actor remembers, he had to gain many kilos of muscle, pluck his entire body except the eyebrows, and spend 4 hours on makeup every day. 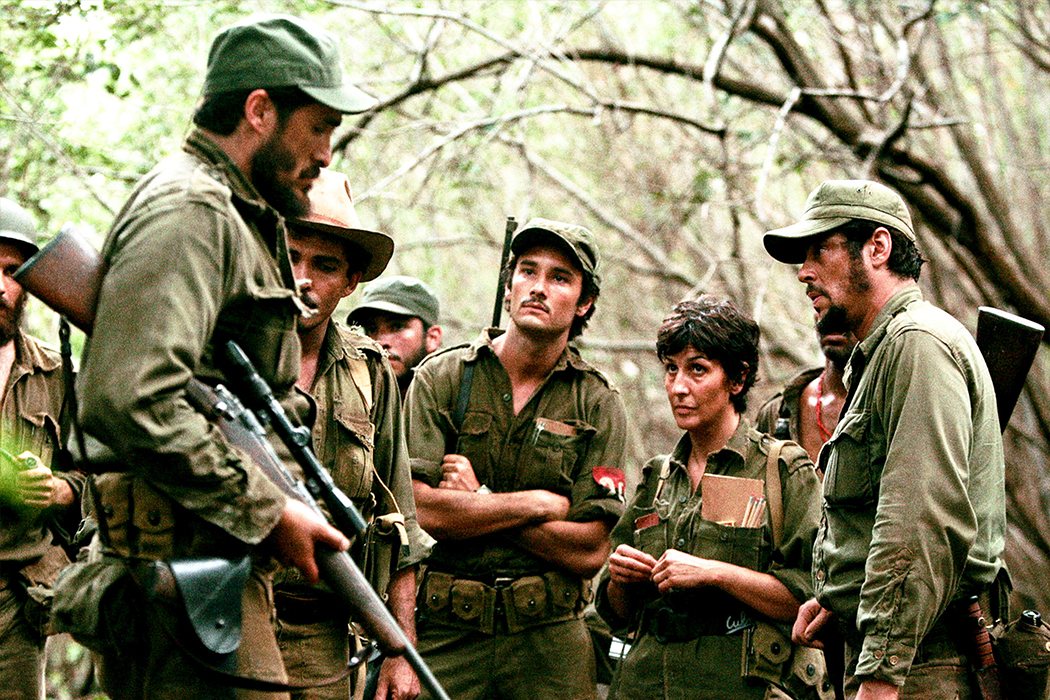 While Benicio Del Toro was lucky enough to play Che, Rodrigo Santoro got one of the most influential characters in history, Raúl Castro, president of Cuba between 2008-2018.

6 ‘Phillip Morris I love you!’ 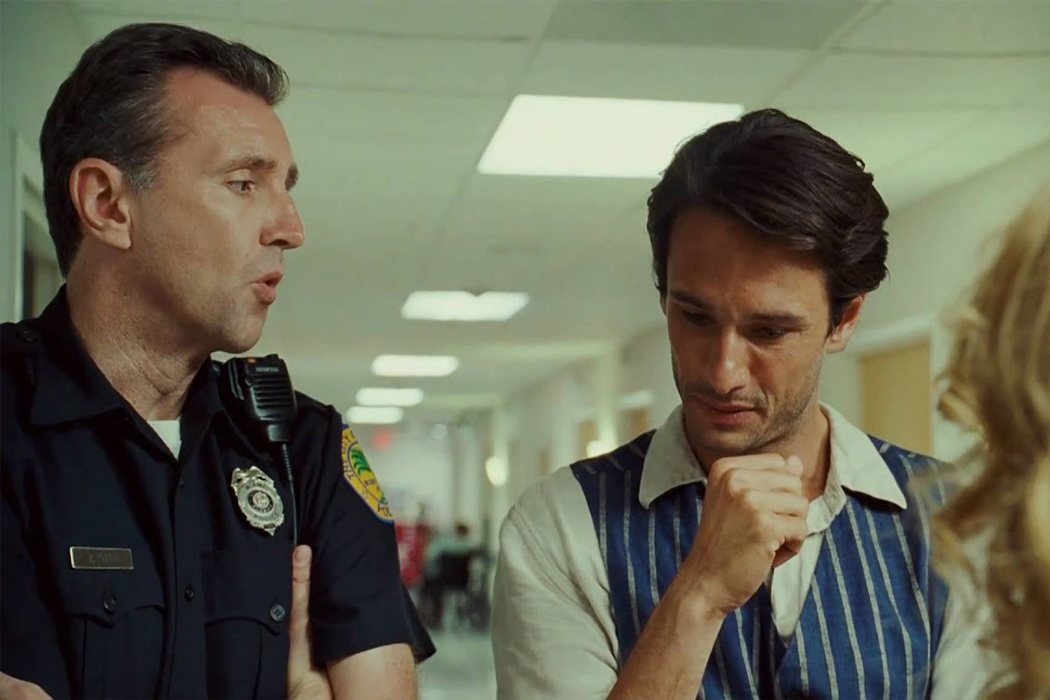 In 2009 he had an important role in ‘Phillip Morris I love you! S’, one of the most unfairly ignored comedies of recent years.

Starring Jim Carrey and Ewan McGregor, it tells the true story of a con man who escaped from prison several times in his life, posed as a lawyer and faked his own death. Santoro is in charge of giving life to one of the lovers that the character had throughout his life. 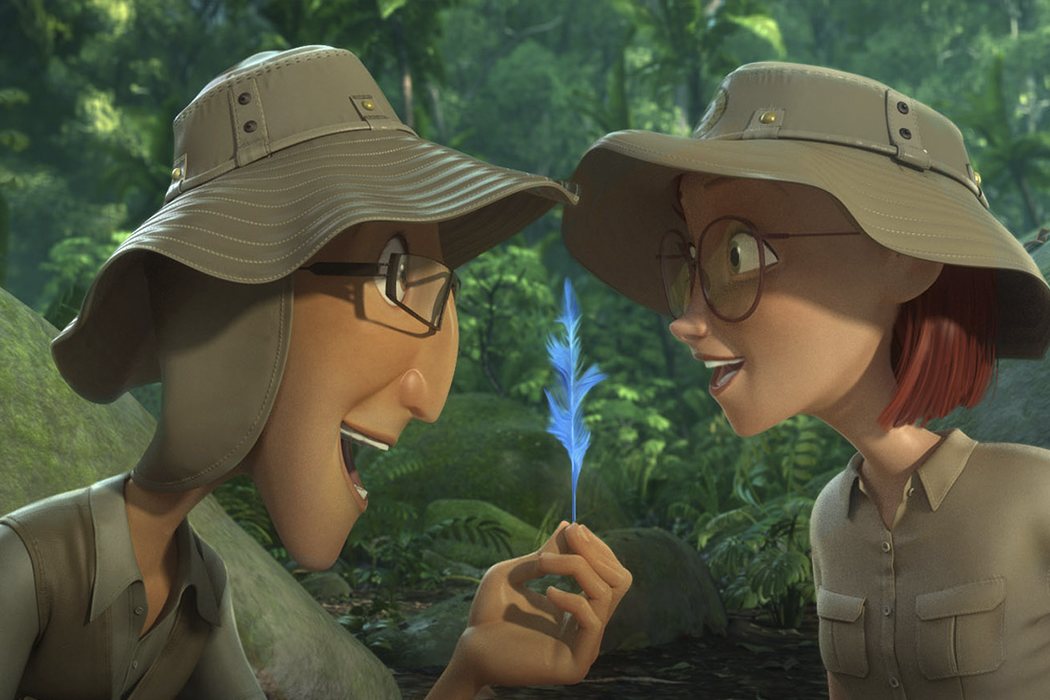 Among all the actors who were in charge of giving voice to the characters of ‘Rio’, Santoro was fortunate to do so with Tulio, an ornithologist and one of the few human characters that appear in the film. Santoro would repeat work on the film’s sequel, ‘Rio 2’. 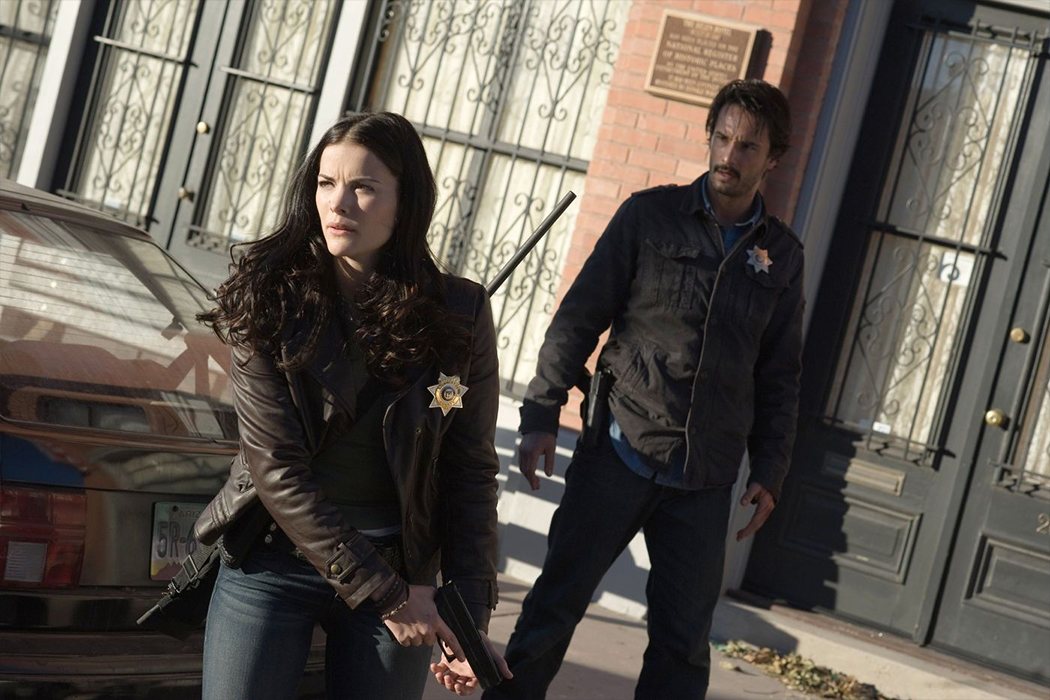 Rodrigo Santoro can say that he was a luxury spectator in the return to the cinema of Arnold Schwarzenegger after 10 years absent due to his political commitments.

In “The Last Stand,” Schwarzenegger plays Sheriff Ray Owens, a former LAPD who has to team up with other law enforcement teams to stop a drug lord trying to cross the border. 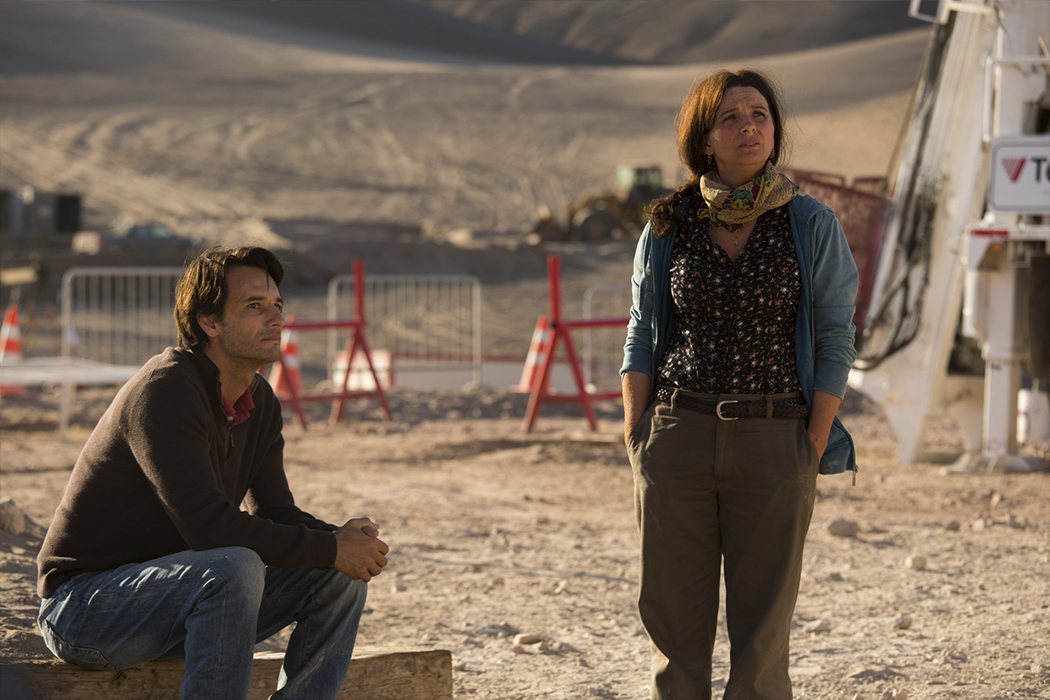 They soon confirmed a film that would tell the story of the 33 miners who were trapped for more than two months in the San José mine.

Antonio Banderas was hired to give life to the miner Mario Sepúlveda, the visible face of the 33 Chilean miners. While Santoro landed the role of Laurence Golborne, the Chilean mining minister. 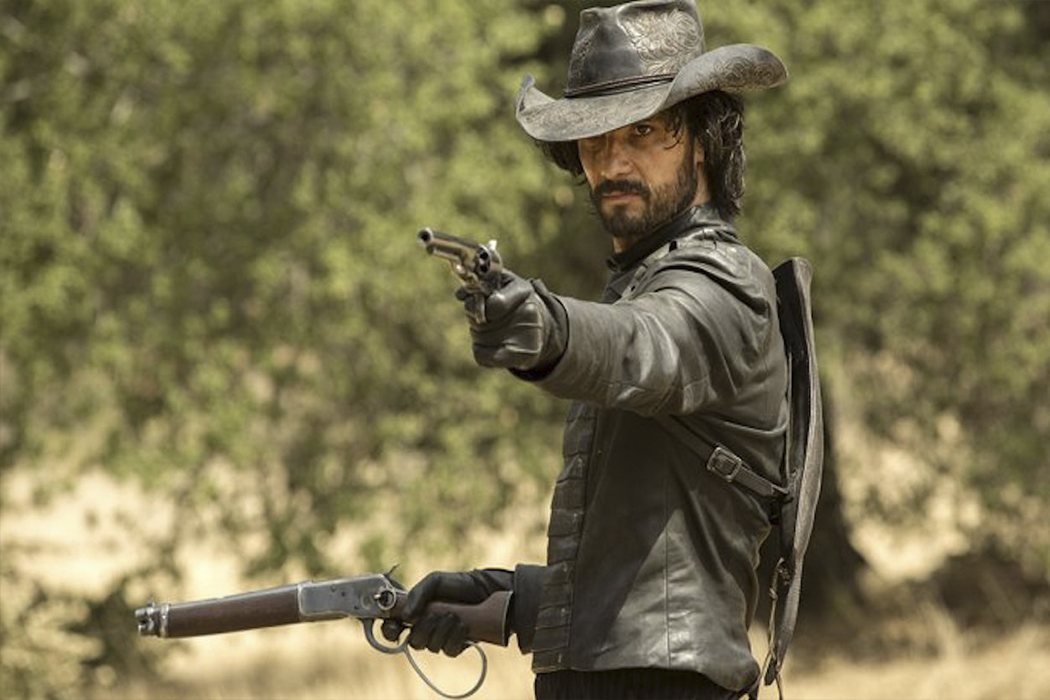 His last big role has come from the hand of HBO. In the first two seasons, Santoro has given life to one of the perfect robots that are responsible for setting the theme park.

But after the rebellion, Hector (Santoro’s character), becomes Maeve’s great ally and platonic love. We will have to wait to find out if we can enjoy this loyal character in some more chapter.

Married since 2013 to Brazilian actress Mel Fronckowiak, they became parents to a girl they named Nina in 2017. And although Rodrigo Santoro has managed to make a dent in the North American industry, his native country has always welcomed him back with open arms. Do not forget that his first job on the big screen earned him 9 awards for best actor at different festivals.

We still do not know if Santoro will return in the third season of ‘Westworld’, but everything indicates that Hector’s adventures ended in the second batch of episodes. Despite that, the actor has continued working, and is already preparing the premiere of a new series. ‘Reprisal’ will tell the story of a woman (Abigail Spencer) who plans to take revenge on a gang that tried to assassinate her. In addition, Santoro is part of the cast of the next Henry Joost Project (‘Nerve’). Joining him will be Joseph Gordon-Levitt and Jamie Foxx.

Many Thanks To The following Website For This Valuable Content.
Your face sounds familiar to me: Rodrigo Santoro, from ‘300’ to ‘Lost’