Cindy Crawford recently stunned fans after recreating her popular 1992 Pepsi commercial. The supermodel returned to the set of the original advertisement at the Halfway Cafe gas station in California and posed with a Pepsi can in front of a red Cadilac Eldorado.

The 55-year-old looked charming as she donned the signature wardrobe with luscious hair, silver hoop earrings, a white tank top and classic daisy dukes blue shorts. She took to Instagram to post the revamped picture, which left her followers swooning over her evergreen looks.

The iconic Pepsi commercial has been re-enacted several times over the years. However, the latest recreation has been made to raise funds for cancer research at the American Family Children’s Hospital where Cindy Crawford’s brother was once treated for leukemia. The mother-of-three wrote:

“It’s always a pleasure and a thrill to work with my friend @davidyarrow … and even more so when it’s for a good cause. We returned back to the original Halfway House from the famous @pepsi commercial I did in 1992 to recreate the moment (with a David Yarrow twist) in hopes of raising funds for the American Family Children’s Hospital in Madison Wisconsin where my brother was treated for leukemia. So far, with the help of David’s gallery network across the globe supporting the art and its sales — we’ve already raised 1 million dollars for the cause.”

The original 1992 commercial saw 25-year-old Cindy Crawford arriving at the gas station in a red Lamborghini and getting a can of soda from the vending machine. The commercial, called Two Kids, also featured two young boys who looked at the model in awe as she enjoyed a sip of her drink.

The 2018 commercial featured both the model and her 22-year-old son, Presley Gerber. The mother-son duo arrived at the gas station as the latter grabbed a can of Pepsi from the vending machine this time.

In her latest photoshoot, most of the setting remained unchanged except for the cars and two wolf-like dogs sitting atop her vehicle. The model dubbed the latter a “David Yarrow twist”.

The recreated post has amassed more than 120K likes, with several fans and celebrities appreciating the initiative and also praising Cindy Crawford for her stunning fashion sense.

Cindy Crawford was born to Jennifer and Dan Crawford on 20 February 1966 in Illinois. She is currently 55 years old. She grew up with her sisters, Chris and Danielle. Her brother Jeffrey tragically passed away due to childhood leukemia at the age of three.

She took part in the Look of the Year contest by Elite Model Management at the age of 17 and was declared the runner-up of the competition. The company then decided to represent her in Chicago.

Cindy went on to become one of the top supermodels in the 90s appearing in numerous magazine covers, runways, commercials and fashion campaigns.

She first appeared onscreen during the opening credits of the Michael J. Fox film The Secret of My Success in 1987. She was then featured on the cover of the January edition of British Vogue in 1990 alongside Naomi Campbell, Christy Turlington, Linda Evangelista and Tatjana Patitz. She was later featured in several editions of Vogue, W, People, Harper’s Bazaar, Elle, Cosmopolitan, and Allure. 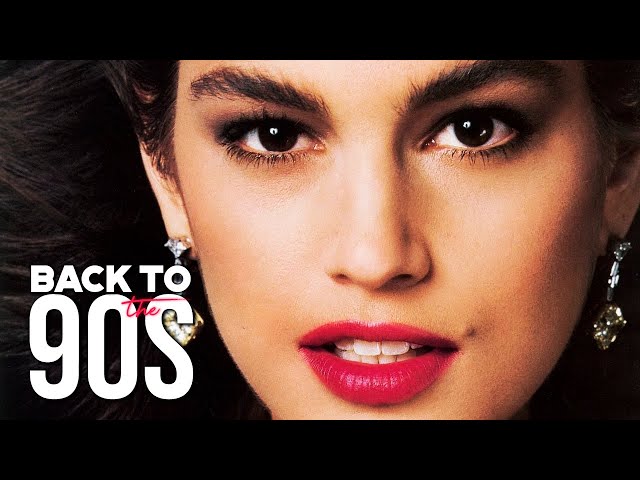 Men’s Health dubbed Cindy Crawford one of the 100 Hottest Women of All-Time. VH1 placed her at number three of the 40 Hottest Hotties of the 90s list. She also claimed 26th place in the 2006 Hot 100 issue of Maxim magazine during her 40s.

Cindy Crawford quit modeling in 2000 and rarely appears in fashion magazines. She launched a line of beauty products called Meaningful Beauty for Guthy-Renker in 2005. Cindy married actor Richard Gere in 1991 but the duo parted ways in 1995.

She later tied the knot with Rande Gerber in 1998. The couple share two children together, Presley Gerber and Kaia Gerber.