Erika Brown, American national at the Games, opened the debate on Instagram on the controversial case of Lia Thomas, who risks passing for the Semenya of swimming: “We cannot allow transgender women to compete with biological women, who are disadvantaged in this comparison. I want to share a topic that is close to my heart about what is happening in US swimming. I believe that we are all children of God and are called to love one another. I don’t want to create hate, I only speak for what is right. A biological male experiences male puberty. Even when it’s gone, she still has the physiology of a male. A few years of testosterone blockers and estrogen don’t change the fact that she will have more powerful muscles, a bigger heart, and greater lung capacity (compared to) a biological woman. It’s time to start defending women’s sport, before (losing) what so many before us have fought for. I hope this can help others to speak ”. 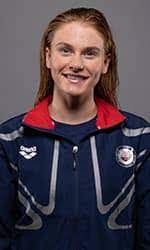 Thomas was part of the University of Pennsylvania men’s swim team before she changed sex. After a year without sport also due to the pandemic, Thomas competes this year in the women’s team in the 200 sl and 500 sl of the Ncaa races “. Although several Penn swimmers have expressed their displeasure with the Thomas, none had been exposed before Brown. The swimmers’ parents, however, wrote to NCAA and Penn to voice their concerns. Thomas, who has undergone suppressive hormone therapy, is in compliance with NCAA rules. However, the data shows that its advantage over male puberty has not been attenuated. 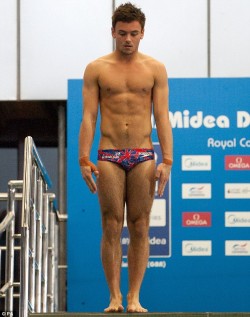 Meanwhile, Tom Daley, who received the honor of member of the Order of the British Empire, announces that he wants to use his status to promote inclusion for the LGBT community. The diver, who won gold with Matty Lee from the 10-meter synchro, was awarded for his contribution to his sport, for LGBT rights and for charity. “I am extremely proud to be honored with this honor and it feels like a responsibility to make the whole Commonwealth a better place for LGBT people, for women, for people of color,” Daley told the BBC. “I want anyone to be whoever they want, regardless of where they come from.” Daley, who is married to screenwriter Dustin Lance Black, with whom he has a son, is one of Britain’s most famous gay sportsmen. “Accepting this title is one thing, but accepting it and doing something with it is another,” he added: “I feel it’s really important to help all people who feel strangers and who don’t fit in and feel like they’re inferior to. many years and support them in being what they want to be. ” Peaty king of the 100 breaststroke (encore from 2016) and gold with the mixed together men-women – Kathleen Dawson, James Guy, Anna Hopkin and heat contestant Freya Anderson – adds: “After a busy couple of years, it was unbelievable. to see our team’s hard work and dedication pay off in Tokyo. It is even more special for me to be able to share this moment with my teammates and friends who are also on the list of New Year’s titles ”. 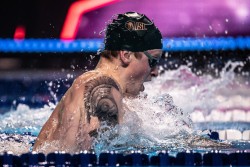