The last 50 years of tennis have given epic challenges, between surprises and great disappointments here are the matches that will remain in history

One week before the start of the new season that will officially kick off with the ATP Cup, we relive the 10 unforgettable matches of the Open Era. A timeline that begins with the 1972 Dallas match between Rod Laver and Ken Rosewall and ends with the 2019 Wimbledon final won by Novak Djokovic over Roger Federer with the unforgettable first tie break in history played on 12 all in the fifth set. We have put them in order from the tenth to the first.

Ivanisevic b. Rafter 6-3 3-6 6-3 2-6 9-7 Wimbledon 2001 final. Monday’s final is the last train to glory for both champions. It is a memorable match, tearful of tears, which fans live with their hearts in their throats. On 6-7 of the fifth set Ivanisevic slips under 0-30: Rafter reaches two points from the match three times. The ghosts of 1992 resurface, but this time the conclusion is different. The Croatian is saved, takes the break and takes the most important turn at bat by signing the historic victory for 9-7 in the fifth. 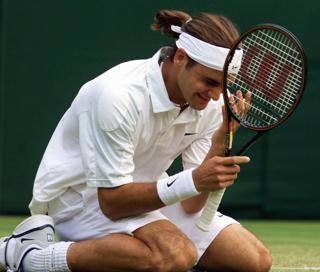 Federer b. Sampras 7-6 5-7 6-4 6-7 7-5, round of 16 Wimbledon 2001. The second Monday of the Championships is traditionally reserved for the round of 16, among which the challenge between seven-time champion Pete Sampras and the nineteen year old Roger Federer, referred to as his successor. The American plays at home, has been unbeaten in 31 games and has lost only to Krajicek in the last 9 editions. It’s a throbbing match, five tight sets, then Sampras has two break points on 4 equal to the fifth. But Federer is predestined, he cancels the two chances with the service and on 6-5 he gets the match point. Sampras needs a first to go out and Federer places a winning answer. 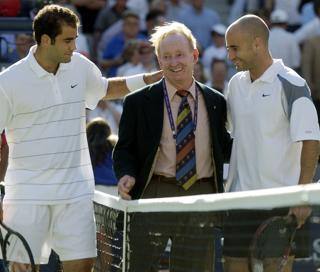 Flushing Meadows is the last Slam stop of the year and Sampras’ last chance to secure a major for the eighth year in a row. The draw places him in the same quarter-final as Agassi. It is a legendary challenge, no one loses the bar: Agassi saves six break points, Sampras three. If there was no tie break, the two would be still on 24 even: instead the invention of Jimmy Van Alen allows Sampras to conquer one of the most spectacular matches in history: 6-7 7-6 7-6 7-6 the score . 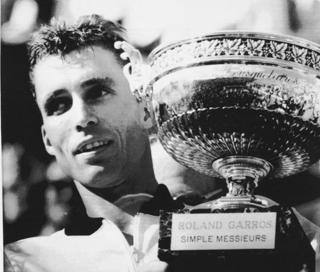 The triumph of Lendl on the Mac

Lendl b. McEnroe 3-6 2-6 6-4 7-5 7-5, final Roland Garros 1984 For two abundant sets McEnroe’s serve and volley got the upper hand on a Lendl who couldn’t find a way to oppose. On the 2 all in the third set McEnroe has four chances (three in a row) to break, but Lendl gets the first backhand crossed passersby of the match. The biggest chance comes in the fourth set when McEnroe, 4-2 ahead, serves and reaches the 5-2 ball. Lendl, however, is saved, with the backhand response makes the counterbreak and then again snatches the serve from a McEnroe in conspicuous decline. In the fifth set Lendl serves first, McEnroe is forced to chase until the last unfortunate straight volley that ends up in the corridor. The 84 points made in 147 net runs were useless. The final that goes to Lendl, turns into a nightmare from which Mac will never free himself again. “I still dream of the final one”, he repeats over and over in every interview, even released 35 years later. 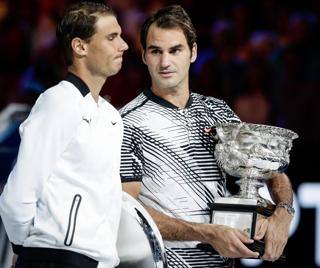 Federer b. Nadal 6-4 3-6 6-1 3-6 6-3. Almost six years (Roland Garros 2011) from the last Grand Slam final played, Federer and Nadal give life to an epic match that rewrites the history of their rivalry. The Swiss dominates the left diagonal and with the crossed back he puts Nadal in difficulty, who is unable to detonate the forehand. At the beginning of the fifth set Nadal gets a break ahead (3-1 and then a 4-2 ball), but Federer takes him back on 3 all and in the game of the 5-3 break the Swiss scores a straight long line in counterbalance from standing ovation. Rafa gives up and Roger flies to the Slam number 18 signing the greatest feat of his career. 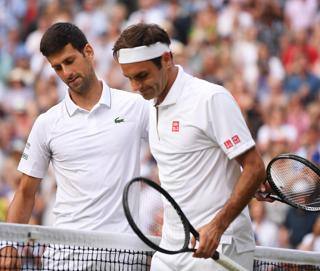 On Sunday 14th July the world of tennis stops and is amazed. For almost 5 hours Federer and Djokovic play the game of matches, full of winning strokes, with few gratuitous mistakes and many twists. The initiative is in the hands of the Serbian who dominates the tie-break of the first and third set, but Federer, despite being 38 years old on 8 August, responds blow for blow, extending the game to the fifth set. On the 7 all Roger breaks Nole’s serve, climbs 40-15 earning two match points which he does not transform. The Serbian is indomitable, with a response and a straight passer-by re-enters the game and ends up winning it at the tie-break of the fifth. Wimbledon kneels to the Serbian, although all the statistics of the final see Federer excel. The match enters the list of the most beautiful Wimbledon finals ever together with that of 1980 between Bjorn Borg and John McEnroe and that of 2008 between Rafael Nadal and Roger Federer. Djokovic b. Federer 7-6 1-6 7-6 4-6 13-12 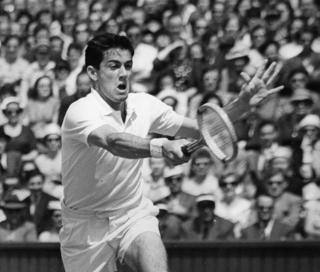 The theater of the superside is Dallas, home of the Wct finals; on May 14, in front of 7,800 spectators, the two Australians enchant the audience. Nobody wants the curtain to fall and so Laver recovers in the fifth from under 4-1, cancels a match point with an ace and leads to the decisive tie break for 5-4 with two services available. Rocket serves twice on Muscle’s backhand who knocks him out with two winning responses. And on the match point for Rosewall, Laver fails to respond. It is one of the best games ever played, a gigantic tennis commercial, followed on TV by over 21 million Americans. 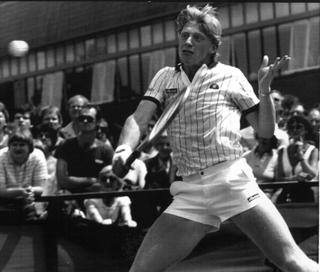 It is the best final in the history of the Masters. Becker, who three days earlier beat Sampras with two tie-breaks in a round robin match, starts with a “perfect game” filled with 4 aces. Sampras, however, does not give up, takes possession of the game by playing the important points better and in the tie-break of the fourth set arrives at the match point twice. Becker, however, lights up suddenly, cancels them or then transforms the fifth set point of a legendary tie-break. In the final set Becker suffers the break on 4 all after having held 27 rounds in a row. Sampras wastes another 2 match points but does not miss the fifth. Despite defeating 3-6 7-6 7-6 6-7 6-4, Becker’s numbers are impressive: 32 aces and a total of 72 winners against just 37 free mistakes. Sampras closes with 15 aces, 65 winners and 39 free. 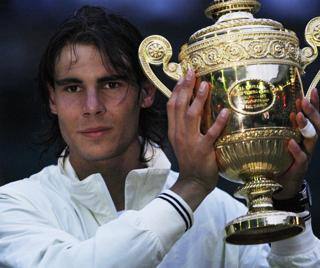 Rafa’s triumph on the grass

On 6 July the history of tennis is ready to write an indelible page that compares the performance of Rafa and Roger to that of Borg and McEnroe in the 1980 final. The start is all for Rafa, like the second set that the Spaniard recovers and wins by 1-4. Federer cancels two match points in the tie-break of the fourth set, then on the twilight of the evening, after having missed the ball of 5-3 (12 out of 13 the break points failed by the Swiss), Roger ends up in the jaws of Rafa who wins a final unforgettable. After 65 games won in a row on grass, including 40 in Wimbledon, Roger bows his head to an overflowing and irrepressible Nadal who wins 6-4 6-4 6-7 6-7 9-7. It is the first Roland Garros-Wimbledon brace since Borg. 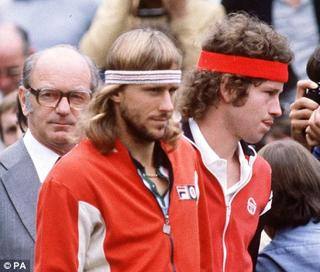 Borg-McEnroe: a match in history

On July 5, the Center Court staged the tie that suddenly lights up at 5-4, 40-15 of the fourth set, all in favor of Borg who, with the service available, gets to play the first two match points. At this point the emotions take over and in a few seconds, that apparently dull match turns into the match of the century. To make it so the 22 minutes of the historic tie break in which McEnroe cancels another five match points (seven in total) before winning it 18-16 after having missed six set points. And also the balance of a fifth set played out of breath and with a heart in the throat. Borg does not believe his eyes and when it is needed to open the final set he goes immediately below 0-30. The defeat seems close and instead, with his proverbial coldness, he wins the next 24 of the 25 points on the serve, closing 8-6 in the fifth at the eighth match point of a match that has become legend: Borg b. McEnroe 1-6 7-5 6-3 6-7 8-6.

From Borg-McEnroe ’80 to the Roger-Nole 2019 marathon: 10 iconic matches of the Open Era