A decade has passed since Ryan Murphy decided to satisfy the LGTBIQ + collective and horror fans with ‘American Horror Story’, the anthology series with which it has exploited to satiety a series of vices and customs with which a formula that has gone beyond and the “personal stamp”, to become something of an almost self-parodic character. Ten years ago, the hypersexualization of the characters could be attractive, and after a few seasons it became clear that this was part of the essence of the format, which was abandoning the terror until it became a pastiche of meaningless script twists, less and less interesting cliffhangers, Evan Peters playing the one role that Murphy has cheated on him time after time with and, of course: hysterical Sarah Paulson.

Despite the fact that the quality has gone downhill without brakes since ‘Asylum’ (the second season), and without us being able to understand the reason why Lady Gaga got a Golden Globe for the embarrassment that ‘Hotel’ supposed (the fifth), in 2021 the showrunner not only returns with the tenth season, ‘Double Feature ‘, but also does it with a spin-off that has been taken from the sleeve, called’ American Horror Stories’. Taking into account that Murphy always sins the same: starting from a pilot with an original idea who throws on the ground in the second episode (If we are lucky, sometimes in the third), the premise of this bastard daughter of the ‘AHS’ franchise had all of the law to come out unscathed before the unfiltered machinery that are its productions, since it is about self-concluding chapters that could recall the essence of ‘The Twilight Zone’.

Then what could go wrong? You only have to see the first two episodes ‘Rubber (Wo) man: Part 1’ and ‘Rubber (Wo) man: Part 2’, to realize that you have not even made the effort to solve a story well in one chapter double. And that ends up being exasperating. Directed by Loni Penistere, whose career in television has the credit as supervisor of special effects in ‘Buffy the Vampire Slayer’ and ‘Angel’, we are facing a good success to connect with the audience of the first ‘AHS’: the recovery of the already iconic Rubber Man from ‘Murder House’, the first season. 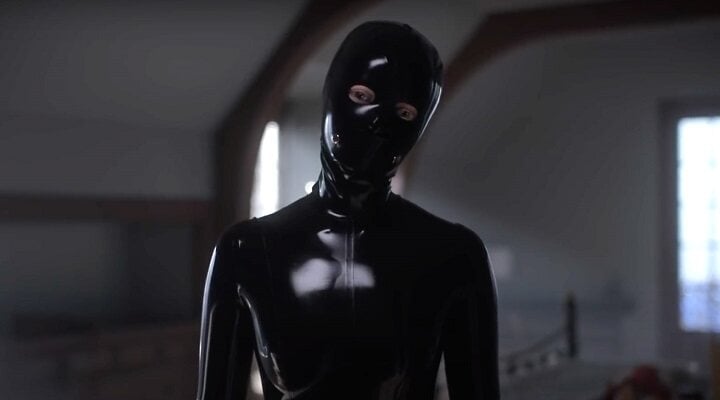 Here, the plot takes us back to the well-known murder house, the one in which Connie Britton, Dylan McDermott and Taissa Farmiga had Jessica Lange as a neighbor, and in which Chad Warwick (Zachary Quinto) had been the first Rubber Man, the man in a latex suit turned psychokiller with BDSM, and which had different incarnations already in that season. Now, Matt Bomer and Gavin Creel are the gay couple who have moved into the house with their daughter, Scarlett (Sierra McCormick), which will be the new wearer of the suit and, evidently, will succumb to the madness that lives in the house. The best of all will be the approach, reaching its peak at the end of the first part. Of the second it is better not to say anything.

Surprisingly, The third episode of ‘American Horror Stories’, called ‘Drive In’, brings us back to two legends of horror cinema. These are none other than Adrienne Barbeau and Eduardo Sánchez. We know her for being the protagonist of ‘The Fog’ by John Carpenter. To him, for being one of the directors of ‘The Blair Witch Project’. With a much more classic spirit than the previous one, and detaching from the common spaces of ‘AHS’, we find ourselves before a small exploitation of the concept of ‘Demons’, in which the screening of a cursed movie in a drive-in called ‘Rabbit Rabbit’ will turn those who see it into rabid creatures and unstoppable killing machines. 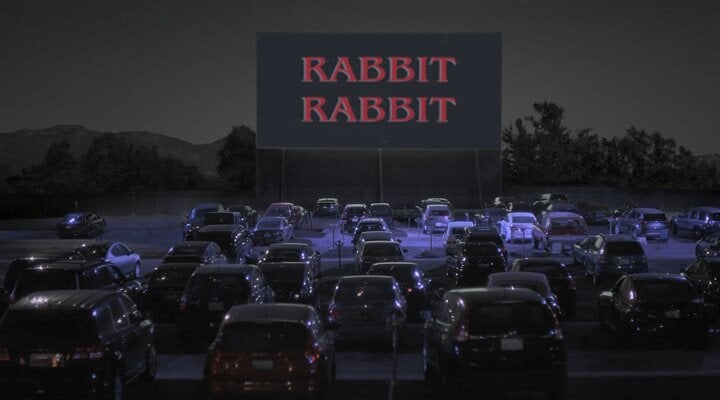 Too Titles such as the masterful ‘The End of the World in 35mm’ come to mind, the Masters Of Horror episode with which Carpenter rambled on about a cursed movie screened at the Sitges Film Festival in 1971; or even the most recent ‘Antrum’, too around the idea of ​​a film that causes chaos and destruction when projected. Here, a group of teenagers who could well be part of an apocryphal ‘Stranger Things’, will be the ones who live in their own flesh the horror unleashed before the projection. Even if it is only through the air to metacine that it presents, its forty minutes meet the expectations that are presented in its prologue, despite a somewhat hasty resolution (and once again confirming that it seems that Murphy cares the least how to end his stories).

After premiering this summer on Hulu, now ‘American Horror Stories’ comes to Disney + ready to satisfy the most loyal fans of the franchise, whose first three episodes make it clear that the trend to be followed by Murphy and Brad Falchuk, continues to be to bring us a cocktail of ideas that begins to leave a stale aftertaste, something that ironically has become the main value of a production line that has remained anchored in what ten years ago was aesthetically groundbreaking.

The best: Bet on being something different.

Worst: That it ends up being the same as always.

Many Thanks To The following Website For This Valuable Content.
Criticism, ‘American Horror Stories’: The spin-off that nobody had asked for