MURCIA. “You played it for her, you played it for me. If she could take it, I can too. Play it, Sam! Play it!” Casablanca the immortal Rick he gave life to Humphrey Bogart, the same tough guy who claims in another scene: “I don’t stake my neck for anyone “. Behind these phrases pronounced with a serious and deep tone – capable of captivating an Ingrid Bergman fleeing the Nazis or an enigmatic Lauren Bacall in The eternal dream-, there is the voice of jumillano Jose Garcia Guardiola, who in addition to dubbing Bogart and other actors as Michel Piccoli, Richard Widmark, Richard Burton O Lee marvin, He participated as an actor in some forty films, as well as in numerous plays and on television.

Next Saturday, December 18, on the occasion of the centenary of the birth of this Jumillano who left his mark on the cinema and to whom the villains went on the big screen, the exhibition will be inaugurated (6.30 pm) ‘José Guardiola, actor and voice’ at Jerónimo Molina Museum of Ethnography and Sciences, where it will remain until January 30.

The exhibition, curated by Pedro Quílez and José de Paco, will offer a tour of the cinematographic career of José Guardiola through numerous large-format photographs and others taken from the films in which he participated, as well as original documents that speak of the actor and family photographs.

Thus, the visitor will be able to know data such as that ‘Humphrey’s voice in Spanish’ was born in the Jumillana Plaza de Arriba in 1921, into a modest family dedicated to the countryside; or that the Civil War caught him living in Barcelona, ​​with some relatives, being brought back by his mother when he found out that he had joined a militia when he was only 15 years old. When he was old, he went to Madrid, where he had to subsist in hardship, sometimes having to sleep on the benches of the Paseo de la Castellana.

His friends assure that where he was practiced as a militant Jumillano. “I was born in Jumilla, a town in the province of Murcia that produces wine like fire. A strong and beautiful land; I still wear the clods of that land in my shoes, even though I have been on asphalt for many years,” he would say in an interview for Primer Plano magazine. 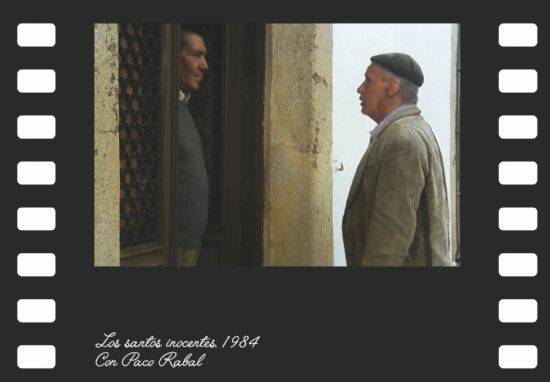 It was with the movie Damn Sierra With which his career began to take off, giving the profile above all of tough and hardened guys, for which he made a large number of westerms, as well as villains of all kinds (criminals, bandits, gunmen and even a Nazi). “My ideal type is the tough but human”, would say José Guardiola, who in another interview would assure that he was the opposite in real life: “If I even cry when I see a beggar.”

As an actor before the camera, he would shoot under the direction of directors as Donald Siegel, Mario Camus o Berlanga, along with co-stars like Zsa-Zsa Gabor, Lee Remick, Michel Piccoli, Ornella Muti, Ricardo Montalban, Rod Taylor, Totó or Louis de Funès, among foreigners, and Carmen Sevilla, Paco Rabal, Alfredo Landa, Manolo Zarzo, Aurora Bautista, Jorge Mistral, Carlos Larrañaga, Emma Penella, Concha Velasco and Agustín González among the Spanish. He even shared plans with himself Kubala. 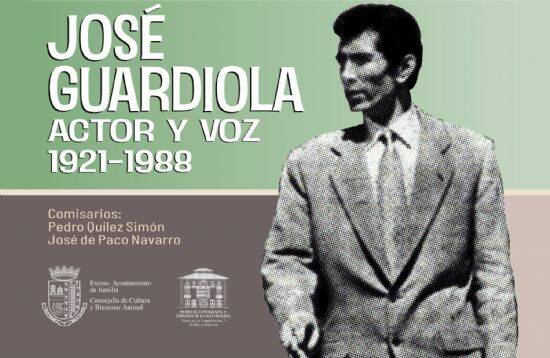 “Play it, Sam!”: José Guardiola, the Jumillano who lent his voice to Humphrey Bogart