The idyll between Jennifer Lopez and Ben Affleck still smooth sailing. They were recently photographed at the Los Angeles airport in a romantic farewell, they have also been seen in New York as a pair of teenagers walking hand in hand, hugging and kissing on every corner. 17 years later the couple decided to give love a new chance and they do not hide their happiness. They are very reserved about their private life, but the protagonist of ‘Batman’ does not rule out the possibility of proposing to JLo. 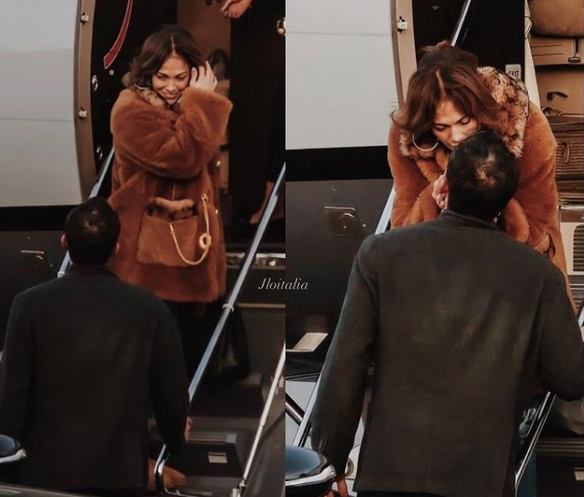 In an interview with the Wall Street Journal, Ben Affleck confessed to being in love with the Bronx Diva and said that it is a “very beautiful” story worth writing. “Maybe one day I’ll write it all down. And then I’ll set it on fire!” Said the actor who is very jealous of his private life. However, he dared to suggest that he could marry JLo, which seems to be the idea of ​​marriage haunting the couple. “The most important thing is to be a good parent. Second most important, a good man. And a good person. And also a good husband. I wish”Affleck told the US newspaper.

Jennifer López has three marriages in tow. The first was with Ojani Noa, a young waiter who worked in a restaurant that the diva visited every day. The marriage did not last long because he mistreated her. Three years later the interpreter of ‘The Ring’ married the dancer Criss Judd, but they separated shortly after. After JLo was struck by the singer Marc Anthony, with whom she had her children, Emme Maribel and Maximillian David, it has been the longest marriage of the diva.

For his part, Ben Affleck has only been married once, but has had many romances, such as Gwyneth Paltrow, Lindsay Shookus and Ana de Armas, among other. He married actress Jennifer Garner, with whom he had three children; Violet Anne, Seraphina Rose Elisabeth and Samuel Garner. The marriage lasted 10 years. Ben’s alcohol addiction caused the collapse of the union and he has said that one of the things he regrets about divorcing Garner, whom he defines as a “wonderful woman”, who supported him during his addiction crises .

Now Ben Affleck seems like he doesn’t want to waste time and is willing to offer the ring to Jennifer Lopez. Close sources have said that the couple has planned a wedding in style and in the short term, since they do not want to wait long. Local media have said that Ben and JLo have talked about celebrating a wedding for 6 days, with luxury guests, because they want to celebrate the reunion of love. But the actors have not confirmed anything about it.

The truth is that it is not a casual relationship. Ben Affleck and Jennifer Lopez have taken this second chance seriously and want it to be stable and long-lasting. Although they say that “second parts were never good”, the couple seems to have broken with that myth. “I am very lucky in my life because I have benefited from second chances and I am aware that other people don’t even have firsts. The only thing you really need to take advantage of the opportunities provided by that growth is the second chance. I’ve definitely tried to take advantage of that, ”Affleck said.

Ben Affleck is already thinking about marriage to Jennifer Lopez